French Speaking Countries of the World

A Traveler’s Guide to Learning French in France

French Speaking Countries of the World

Let’s explore what are the French Speaking countries around the world in order to have a better understanding of the places that speak this beautiful language. French is the primary language for an estimated 250 million people around the world (nationsonline.org).  The French language is the official language in 29 countries across several continents including Europe, Africa, Asia, Australia, and North America.  Learning to speak French is a valuable tool that can benefit you when traveling to several different places to have the ability to not only communicate but also to read signs and navigate. 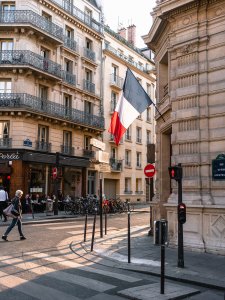 While most people think of France when they think of countries in Europe that speak French, there are actually several French-speaking European countries.  While France is indeed a French speaking country, with its official and national language being French, it is also in a group with Monaco, Belgium, Switzerland, and Luxembourg. French the official language of Monaco, and it is one of three official languages in Luxembourg alongside German and Luxembourgish.  An estimated 23% of  Switzerland speaks French in the Western region of the country, and the Southern portion of Belgium is primarily French-speaking.

Most people might not know that Africa is home to the majority of the world’s French-speaking population.

Countries in Africa that speak French include:

There are 26 total countries within Africa that speak French, which contributes to it being the continent with the most French-speaking population across the globe.

Canada is the only North American French-speaking country, however, there is also a  form of the language that still exists in the state of Louisiana in the United States.  Louisiana began as a French territory in the 1600s and due to the migration of Louisiana Creoles, there are still portions of Louisiana that speak “Louisiana Creole” which is a French-based language.  Louisiana Creoles are descendants from the original Louisiana territory before it became a part of the United States.  Additionally,  there are a few different countries in the Caribbean that speak French; Haiti, French Guiana, Martinique, and  Guadeloupe are all French-speaking countries within the Caribbean.

As you can see, French is widely used across the world.  The language is complex, beautiful, and useful when it comes to communicating with others and also understanding your surroundings. Online private French lessons in San Francisco is well known for its systematic teaching from highly trained and experienced French native instructors. How beautiful if you can understand French movie without sub-titles! If you are interested in learning French, contact us today!